Beware! Pests Look for Refuge in Your Home

Luckily, Floridians get to enjoy sunshine almost year round and have the benefit of the beach in our backyard. The only real problem we have is that we do have to keep an eye out for bugs looking for refuge in our homes, especially cockroaches and spiders. Royal Pest Services has put together facts about these pests as well as how to protect your home when pests look for refuge. 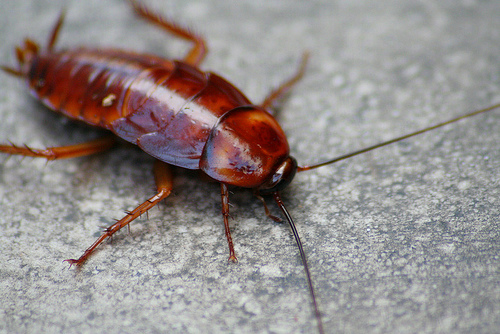 Did you know there are about 30 species of cockroaches associated with human habitations? Among the best-known species are the American Cockroach, German Cockroach & Brown-Banded Cockroach.

Cockroaches feed on human food, pet food, and even garbage. They can also passively transport microbes on their body surfaces including those that are potentially dangerous to humans, particularly in environments such as hospitals. Cockroaches have been shown to be linked with allergic reactions in humans. One of the proteins that triggers allergic reactions has been identified as tropomyosin. These allergens have also been found to be linked with asthma. They can leave an offensive odor. No wonder humans want to get rid of any and all cockroaches from their homes! 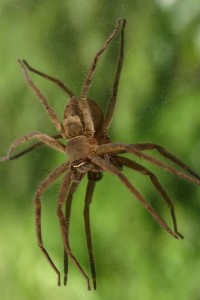 Few creatures are as feared as spiders. Yet, for the most part, spiders are harmless, generally beneficial and bite people
only when squeezed, crushed, or rolled on in bed. The bite of the Black Widow Spider or the Brown Recluse Spider can be very dangerous however, and these spiders should be avoided at all cost.

According to the experts at spiders.us, “It is important to remember that spiders are not bound by the territorial lines decided on by humans, therefore their distribution is subject to change. Occasionally, spiders can be found well outside of their known range due to being intentionally or accidentally transported by humans in cars, luggage, and other belongings.” For more information on common Florida Spider species, check out spiders.us

Andy Chandra
17:49 08 Sep 21
I can not stress enough how great this company. They are bunch of professionals when it comes to... customer service and following up with my concerns especially the owner of the company himself. I had termite tenting service through them and couple of my neighbors saw there was a gap hole during the tenting process and notified me. The tenting happened on the weekend and I was very concerned on the result hence I contacted Goody immediately which he was the person that did the initial inspection. Upon contacting Goody on Saturday, he advised me that he is no longer with the company and had communicated my concerns with one of his previous co-worker on Royal Pest Services. After several times texting the phone no. that was provided to me be Goody, the owner of the Royal Pest Service himself called me to address my problem on the weekend! I was surprised and also realize that the owner of the company does take pride of their service and assure me that they are rectifying the problem and advised me on solution. I am vary satisfied with the level of service and quality of this company.Anyone that need termite pest service, look no further!read more

Linda Springsteen
12:19 17 Jul 21
They have met my needs for over 20 years. I have my termite bond and home pest control services... with them.Very pleased with the service and professional/knowledgeable staff. Highly recommended.read more

cindy stephens
15:38 11 Mar 21
our tech-Julius is so helpful. even if he is in our area and it's not a spray day he comes by to... check on the lawn and he leaves us a note. we can ask him any question and he always give a clear answer.the office is always so helpful as well.read more

Richard Alleger
16:19 26 Feb 21
I met with Mike, we went over what I was hoping to accomplish with my yard and the fact that we... have small children. He was helpful, informative and within 3 days Isaac had already reached out to let me know when he would be starting. It was the same week to make it all that much better! Thanks Mike and Isaac, looking forward to the results.read more

David Womack
18:23 19 Feb 21
I've cared for my lawn for a long time. This fall, weeds just took over and I needed help. I... checked neighboring lawns and found the best looking lawns used Royal. I saw Robert Mendez spraying a neighbors lawn and talked to him as he was wrapping up. He kindly took my name and Mike called within hours. We signed up for services and Robert came back and sprayed the yard and offered some great advice. He came back 2 weeks later and retreated a couple spots and again offered some great advice. I really appreciated the personal touch and can see a dramatic improvement in such a short amount of time.read more
‹
›
Scroll Up